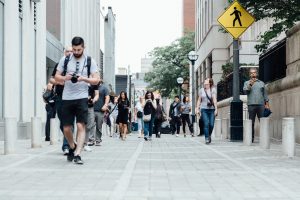 For seven successive years, the Economist Intelligence Unit has honoured Melbourne as the most liveable city in the world. Indeed, many Australian cities are in the top 10 most liveable global cities. While there is no question that Melbourne and other Australian cities are great places to live; our liveability comes at a price: our ecological footprint are some of the largest in the world; housing affordability is a major challenge; and many people living on the urban fringe of our cities live in dormitory car dependent suburbs, with very poor access to employment, amenities and public transport. This is not an opinion: these are facts. We now have spatial data that visualises the reality that urban planning policies are being inequitably delivered across cities, favouring wealthy urban dwellers, and disadvantaging many of those most in need. These data take research on cities to a new level: they allow us to benchmark and monitor urban policy; and to provide an early warning system about policies that are not working. Hopefully, its use and promotion, will foster research uptake and policy discourse with the aim of policy development that will avoid the unfortunate situation we find ourselves in after decades of planning for private motor vehicles and the concomitant health and environmental burden this has created. This talk is a call to arms: the public health sector who I represent, needs your help to create evidence that makes a difference. In arguing the urgency of our plight and the need to take healthy liveable cities from niche to norm, I will consider work done to date across Australia, and ask the question: what’s next and will you help take us there? 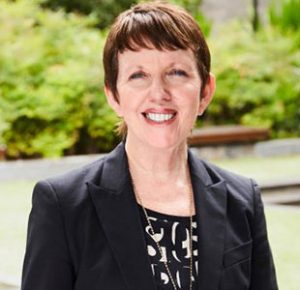 Professor Billie Giles-Corti is a Distinguished Professor at RMIT University and Director of its Urban Futures Enabling Capability Platform that brings together multidisciplinary teams to solve complex urban problems. She is a National Health and Medical Research Council (NHMRC) Senior Principal Research Fellow and directs the Centre for Urban Research’s Healthy Liveable Cities Research Group at RMIT’s Centre for Urban Research. For over two decades, she and a multi-disciplinary research team have been studying the impact of the built environment on health and wellbeing. Professor Giles-Corti currently leads an NHMRC Centre of Research Excellence in Healthy Liveable Communities established in 2014; which works closely with local, national and global policy-makers and practitioners. She is currently a Technical Advisor for the Victorian Office of the Government Architect’s Design Review Panel and a member of the Victorian Planning Authority’s Precinct Structure Plan Review Committee. She has published over 300 articles, book chapters and reports, and by citations, is ranked in the top 1% of researchers in her field globally. She is an Honorary Fellow of both the Planning Institute of Australia and the Public Health Association, a Fulbright Scholar and in 2016, was awarded an NHMRC Elizabeth Blackburn Fellowship as the top ranked female public health fellow in 2015.